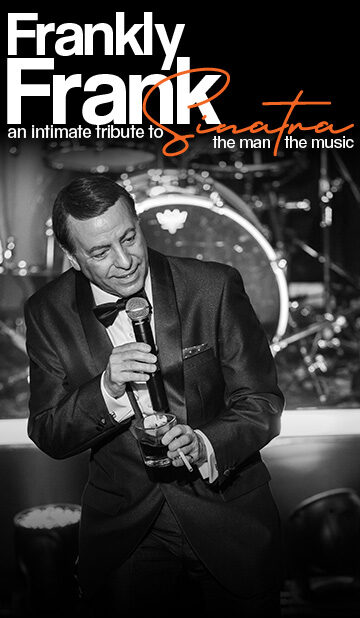 An Intimate Tribute to Sinatra the Man and the Music

While Frank Sinatra performed his first gig at the Desert Inn in Las Vegas in September 1951, it was at the Sands Hotel and Casino where Sinatra and his infamous Rat Pack would become true headliners. Sinatra and Las Vegas are forever connected, and because of that bond, Las Vegas has continued to become the entertainment capital of the world.  Since Frank’s death in 1998 and even before, there have been many tributes and impersonators to both the Rat Pack and Frank who played the music but to truly understand the music, you need to know the heart and soul of the man behind the music.

Frankly, Frank starring Gary Anthony, is an intimate Frank Sinatra tribute to both the music and the man featuring many of Frank’s top hits with some lesser-known tracks.  You will find yourself transported back to an era where entertainment was king in Las Vegas,

when people wore tuxedos to go gambling, and everything was hip and cool. Just some of the hits that are featured in the show:

The Rat Pack, themselves, preferred to be called ‘the Clan’ or ‘the Summit’.

How the “Rat Pack” name came into existence is part of the myth. In Rat Pack Confidential, author Shawn Levy writes that the group was christened when Lauren Bacall said they looked “like a goddamn rat pack.” The first version of the group often met at Humphrey Bogart’s residence. It included, along with the hosts and Sinatra, the Hollywood elite such as Judy Garland, David Niven, Ava Gardner,  Elizabeth Taylor, Robert Mitchum, Katharine Hepburn, and Spencer Tracy.

In any case, it was the Copa Room at the Sands that turned into their base and where they should have been visible at their swinging best. In the mid-1960s, when one individual from the gathering – normally Sinatra, Martin, or Davis Jr. – was featured, there was a high likelihood that some or all of the others would appear unannounced and participate in the presentation, adding to the fervor and drawing enormous groups, including hot shot card sharks whose misfortunes assisted the club with paying the performers. 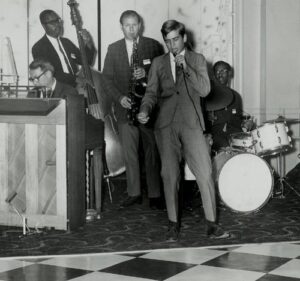 Gary Anthony has spent most of his life in show business as an mc, actor, comedian, musician (trumpet & bass guitar), a singer in clubs, stage, studio recordings, sound engineer, television productions, singing all styles of music and is recognized as the premier Frank Sinatra tribute artist. He performs worldwide and embodies Frank Sinatra so effortlessly that his audience feels the love, the passion, and the story within the song. Every single performance proves that he is indeed doing what he loves.

Anthony grew up in Los Angeles in a musical family headed by his father, a big-band director. Music came naturally to the third of 11 children. Anthony, in his youth, found himself traveling with his father around the country, singing in his father’s bands.

After Denver, Gary’s father made a pit stop in Las Vegas for the summer. Gary auditioned for a show with his brother called “Vegas Beat ’68” and for the first time got his professional stage performance impersonating Frank Sinatra, creating long-time friendships with professional performers such as former “Miss Nevada” Sandy Kastel making the charts with her latest CD today.

A lifelong showbiz career and later joined by one of his sisters, Mitzi, became known and toured as The Allens. (The Allens name was picked by management). They topped the US musical charts in 1975 with the song “High Tide,” written by The Osmonds and recorded at the Motown Studios.  The Allens appeared on Johnny Carson, American Bandstand, and featured in numerous Teen Magazines of the time. The Main Theater at Knotts Berry Farm in California became home base for four years.

Frankly, Frank is a passion project for Gary, telling the stories behind the man and the music of Frank Sinatra, who he lovingly tributes in performance after performance. 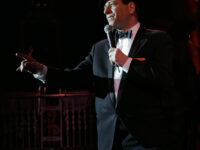 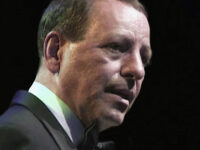 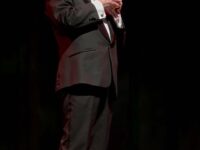 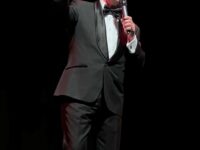 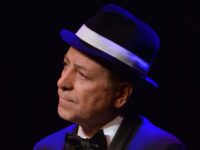 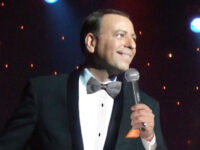